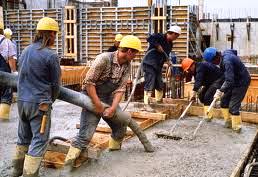 Ambitious plans to build up to 1,200 new homes on a former aluminium site in Newport have been submitted to Newport City Council. Walters Land is seeking what is known as outline planning permission to create a new neighborhood  to be called Jubilee Park, on the former Alcan and Novelis site in Rogerstone. Said to be a major regeneration opportunity that could generate 1,000’s of jobs the scheme is planned to include a new primary school and a neighborhood centre with shops. It will also see the re-use of Mandrake House for housing and the reuse of the existing Drill Hall for the community.

Planning documents say the precise format and content of the community centre is not yet known but could include shops, a clinic or surgery, pharmacy, local offices and community space. Provision is also made for a local pub and restaurant. The matter will be considered by Newport council planning committee in the near future.