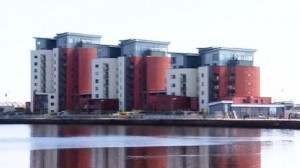 A £5.5m new housing development has been unveiled for Swansea's waterfront. The Welsh Government has sold a site on the Swansea Waterfront for a £5.5m affordable housing development to Coastal Housing. Work on the new development on the SA1 waterfront area will begin in 2016 with a view to providing one and two-bedroom apartments, as well as 27 three and four-bedroom family homes. Coastal Housing acquired the site for £720,000, marking its third investment in the site, having already built 69 affordable apartments and 79 retirement apartments.

Coastal Housing Group, a not for profit industrial and provident society, works across Swansea, Neath Port Talbot and Carmarthenshire and specialises in regeneration. Its development programme exceeds £50m over the next three years. SA1 is a Welsh Government mixed-use development, which it aims to regenerate 100 acres of land surrounding the Prince of Wales Dock – with sites overlooking the River Tawe and fronting the Fabian Way gateway into the city centre. The University of Wales Trinity Saint David is also planning a new waterfront campus on SA1.

The government said during construction there would be a “number of opportunities for local people to gain on-the-job skills”, which meant the project would benefit not only those seeking a home on the estate, but also local young and unemployed people struggling to find work.