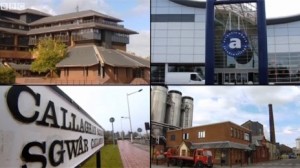 Despite proposals for arenas and convention centres being explored in Bristol and Newport, Cardiff is seen to have a sufficiently strong basis for its own facilities. The Welsh Government is match-funding the resort project's initial stage. It estimates the project will create 1,000 construction phase jobs and 500 full time jobs when operational. There are four possible sites being considered for the project although Cardiff Council does admit that it has a preferred site.

Russell Goodway, cabinet member for finance and economic development, said: "The economic benefits of having such a centre in Cardiff cannot be under-estimated with major job creation during the construction phase, followed by full-time jobs on its completion as well as employment opportunities for all those sectors such as hospitality and retail which will be needed when it opens. The lack of a convention centre in Cardiff is something we need to rectify as the proposed facility will have a major impact on our ability to grow the local economy, increasing our capacity to attract global conferences and other large events."