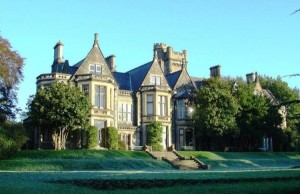 A decision on plans for the multi million pound renovation and restoration of Insole Court in Llandaff will be made by Councillors at a special meeting of Cardiff Council’s planning committee tomorrow, with proposals to return the Gothic Victorian mansion to its former glory likely to be given the go-ahead. The Insole Court Trust has applied for planning permission and listed building consent for a £5 million restoration project, which includes the repair and refurbishment of the mansion house, stable block, cottage, potting sheds and outbuildings, as well as the construction of a new community hall.

The Trust wants to renovate the house, which dates from 1856, with work including masonry repairs, new windows, re-roofing and a new lift. It also wants to repair the mansion’s summer house, remove dilapidated World War II garages, and build a new car park on the site of the mansion’s Acer Memorial Garden. There are also plans for a new horticultural training suite, a community hall with space for 80 people, new cafe  and workspaces for the creative industries and social enterprises.

Currently, only the ground floor of the house is accessible to the public and the house is used for Cardiff Council leisure services.  Should the project get approval, in 2014 when the house is re-opened it will be refurbished to its Victorian splendour and a range of tours will be offered.  Planning officers have recommended the plans for approval, subject to conditions, but the Trust is facing some local opposition, particularly to its proposal to build over the Acer Memorial Garden to create a 92-space car park.