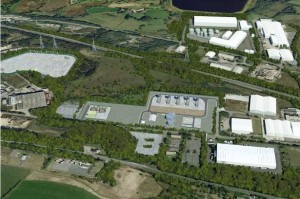 Energy developer, Abergelli Power, has announced plans to build a new gas-fired power station north of Swansea. The power station will be built on land at Abergelli Farm, south of Felindre, adjacent to the National Grid Gas Compressor Station and to the north of the M4 motorway. The proposed power station could produce up to 299 megawatts (MW) of electricity and inject tens of millions of pounds into the south west Wales economy.

Abergelli Power said the project would have low emissions and would help strengthen and secure the UK’s energy supply by providing back up to intermittent energy that is generated from renewable sources, primarily wind and solar. The power station and its related energy infrastructure would be designed to operate flexibly and would produce electricity for no more than 1,500 hours per year.

The company will consult with local people and organisations before applying for permission to build the power station. The proposed project could support 150 jobs during the construction and commissioning period, and up to 15 full time, skilled jobs when operational. Abergelli Power is to public consultation meetings from June 19-21 at Clydach, Felindre and Tircoed Forest Village. Members of the Abergelli Power project team will be on hand to explain the how the proposals will be taken forward and how the consultation process is expected to evolve.