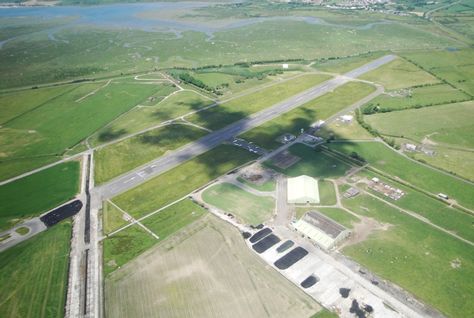 600 building services jobs could be created if ambitious plans to expand a West Wales airport go ahead. Investors in Dubai, Malaysia and India are reportedly interested in being part of plans to develop Pembrey Airport. The owners of the airport near Carmarthen want to turn it into a centre for aircraft maintenance and are negotiating with backers to finance the scheme. Development plans includes a new terminal building to meet future demand. The first phase would cost £4.5m with work getting underway later this year.

The airport currently gets most of its income through a contract with the Ministry of Defence. Military aircraft use the airfield for refuelling. Airport owner Winston Thomas says there is a big market for aircraft Maintenance, Repair and Overhaul or MRO as it is known in the business.

The airport owners are confident there would be no environmental objections to their plans as they say aircraft would land and take off over the sea and so minimise noise pollution. They also hope to increase cargo business at the airport by using the nearby rail links.

Thomas says that Ryanair and 14 other airline companies have approached the airport, on the Carmarthen Bay Peninsula, to provide services if the airport's runway extension is completed. He added that the airport was also seeing growing use by the UK military and has received proposals from the United States Air Force.

Thomas added: "It will obviously cost a lot of money to do the complete work. The terminal building we have at present will be suitable for the immediate requirements, but a new terminal building would have to be built for future demands."

During World War II Pembrey was used by Fighter Command as a base for the numerous fighter squadrons and during this period it gained honours as a Battle of Britain airfield.